A got the BBC Radiophonic Workshop – A Retrospective from his brother for Christmas, so I can now confirm that the following things sound very much like the arrival of the TARDIS*:

That’s right, the lucky boy has the BBC Radiophonic Workshop – A Retrospective and a girl who can make (a very limited range of) Doctor Who sound effects.

*Also a door key on piano wire (and, for the very geeky, other things).

And here we are at the last day of the year, and what an interesting year it’s been. Seems like a good time to review it, but yeeeeeah…I’m not gonna do that. Also a good time for resolutions, although I’m not big on New Year’s resolutions, either. I find it a bit like Valentine’s Day — why save up the affectionate gestures for one high-pressure, crowded-restaurant day? Resolve is a 24/7 job, dammit.

(This is what people say when they worry about the strength of their resolve.)

Okay, so I’m a little freaked out that it’s already 2009. It’s part of my ongoing confusion about the passage of time.

I suppose since I’ve already waited seven months to post this I could wait until we’re a bit closer to Christmas, but where is the fun in Achtung X-mas if you can’t watch it over and over again for weeks?

My favorite bit is the feasting on spare ribs and eggnog, but this exchange is a close second:

Today I’m pointing you to an entry at Allumination: any one who has visited me in London in the last year will recognize Abney Park Cemetary, where Ian Sinclair wanders and says clever things.

And over at Cherrybombed, home of the fabulous DJ Cherrybomb, Gary Busey has business ideas.

Yes, yes — I’ve succumbed, I’ve lol’ed. But face it: eventually ALL WILL BE LOL’ED. 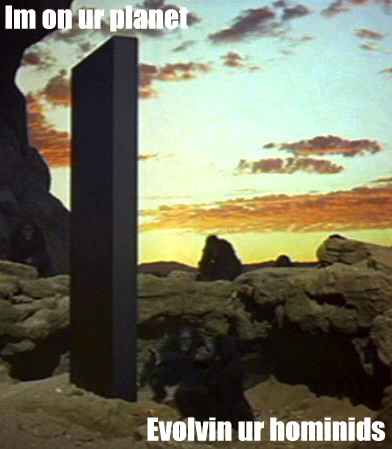 I found the picture below while Googling for the pic above… 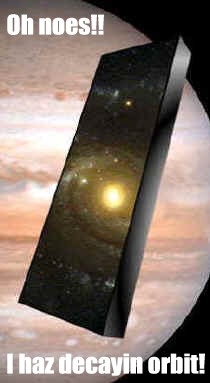 …and I also found this pic. At first I was at a loss for a caption, and then I had a divine revelation from Ceiling Cat: 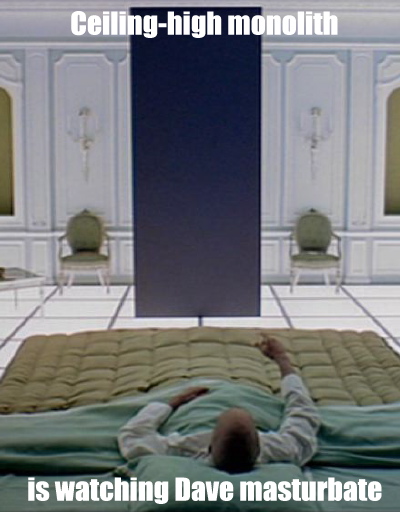 Carrying on from “yesterday“…

After I dropped my shiny Christmas loot at home I headed toward the Church of England charity tree lot about 15 minutes down street. There were 5′ potted trees next door at Fresh and Wild (Whole Foods with U.K. branding), but they were already netted and I was going to see my first tree with its branches loose, dammit. Also, you know, charity. On my way I stopped at the really good butcher, planning to get a small pork shoulder roast. I’ve just started visiting the really good butcher — before that I went to the adequate butcher, and before that grocery stores. Which is why when I imagined a small pork shoulder roast I was picturing about two pounds of meat and a little fat rolled and tied. My plan was to brown it on the stove, then simmer it for hours in the pork broth I had in the freezer.

So I asked the really good butcher for a small pork shoulder roast, and he said the small ones were all pre-wrapped and on special. And that’s how for Â£4 I ended with 3 kilos (that’s about 6.5 pounds) of actual pig shoulder: meat, yes, and fat, and bone and skin. Bristly skin. As in skin with bristles on it. Not that this was in any way a travesty. I think if I’m going to eat meat I need to be prepared to handle recognizable animal parts. I just didn’t plan on carrying that much home along with my 5′ potted Christmas tree.

But I did. Because I am from hardy stock.

A word about pig skin: in the parts of the U.S. I’m familiar with, pig skin — when not being used as an outmoded reference to a football — appears as pre-packaged pork rinds. In the U.K., it’s called crackling when roasted with pork (scratchings when packaged up like pork rinds), and Americans are apparently MAD for not including this delicacy with their pork roasts. I half expected an angry mob to storm my kitchen when I removed it from the shoulder. Props to the bristles, by the way, for making it easier to grip the shoulder while cutting through the very tough skin (fortunately I have good, sharp knives, and my mother will be pleased to know that I always point them away from me while hacking at animal bits).

I did manage to brown part of the joint before boiling it for many, many hours. Then followed an interesting anatomy lesson: behold the components of the shoulder! and about two quarts of taco-ready pork and two quarts of broth. My freezer is full.

My friend WG sent me this clever bit of viral marketing from JC Penney, and because I insist on reading all text I encounter I rolled the video back to the document that gets stamped at 3:54*. Rather than something wacky, made up, and relevant to the video, it is in fact the crystal-clear text of a real Oklahoma State court case regarding excessive campaign contributions (research time: ten seconds).

Huh. So why that document? Is somebody pissed off at the defendant and sneaking a smear into the video? Seems unlikely — it looks more like the kind of thing you might pull out of a recycling bin if you were trying to make an official-looking prop file. And hey there, look at that — JC Penney’s corporate headquarters are in Plano, Texas, less than one hundred miles south of Oklahoma (research time: fifteen seconds). I wonder which production company shot the video, and where?

A couple minutes of Googling later: the agency is Saatchi and Saatchi (global), and the production company Hungry Man (LA, NY, Rio, London). The location of the shoot is still a mystery, though, as is how the doc got in there.

Oh, and I suppose court documents are a matter of public record, but geez, Oklahoma Office the Attorney General, do you really want driver’s license numbers and signatures out there where anyone with curiosity, Google, and a spare minute can find them? I see a login link in the site template’s footer…maybe scanned case docs should be on the other side of that.

*The text at 3:55 is worth reading, too: the seal on the dock says, ” Bring us your thoughtless, your selfish, your lame masses.”

I spent the morning working on the novel revision (specifically growling over the bit with Pandora, which isn’t subtle enough yet). At 11:45 I walked to K’s house, and from there we walked to Hackney City Farm, where we had lunch in the cafÃ©. I got in about an hour’s walking altogether. After lunch we descended vulture-like on Woolworth’s. I spent Â£15 on Christmas tree lights (multicolor) and basic ornaments (silver), getting more than enough to cover the 5′ tree I’d decided would work in my flat.

This is where I should mention this is my very first Christmas-tree-at-my-place ever. I usually just pick up trimmings at tree lots or farmer’s markets (in 2006 I got a massive pile of free boughs at Eastern Market in DC), then tie them up with ribbon and put them on shelves and mantles. But this year will also be my very first Christmas not-in-Southern-California, so a whole tree seemed to be in order.

And it is indeed a whole tree, potted roots and all. I’ll have to find I good home for it after the holidays, but I have a few ideas in mind.

Back to Woolie’s: while K and I were in line a woman brazenly walked past the ten-person queue and told the person at the front that she needed to go next. That person didn’t put up a fight, but the second person in line — a woman with a single item — protested. The line jumper said she had to get to Highbury (don’t we all have to get somewhere?) and that it would only be a few minutes more. Then a register opened up and she went to it with her massive basket of stuff. Normally this is the kind of thing I would get confrontational about, but 1) I was in a good mood, and 2) I was too busy watching the other people in the queue also let her get away with it. I’m still thinking about various social contracts and how tenuous they are.

However, on the bus on the way back a young woman offered her seat to the much older one I was standing next to, so humanity came out about even in my little corner of the world.

But now it is late. Tomorrow I’ll make with Part 2: Shouldering the Shoulder.